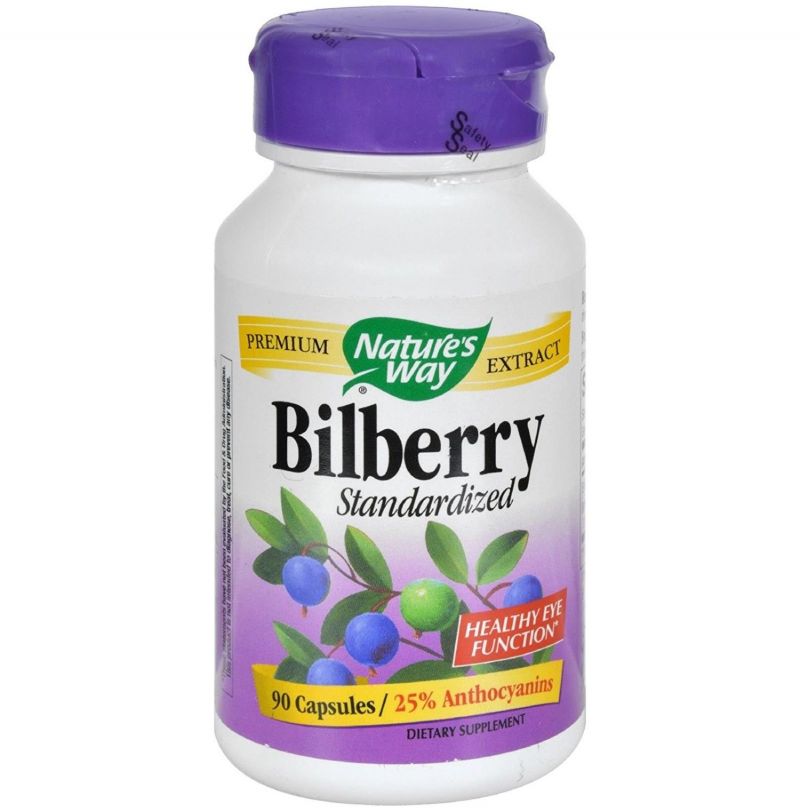 Nature's Way Bilberry Extract has been standardized to 25% of the bioflavonoid complex anthocyanosides. Anthocyanosides found in bilberry fruits may also be useful for people with vision problems. During World War II, British fighter pilots reported improved nighttime vision after eating bilberry jam. Studies have shown mixed, mainly negative results, however. Bilberry has also been suggested as a treatment for retinopathy (damage to the retina) because anthocyanosides appear to help protect the retina. Bilberry has also been suggested as treatment to prevent cataracts. However, studies are lacking in both areas.