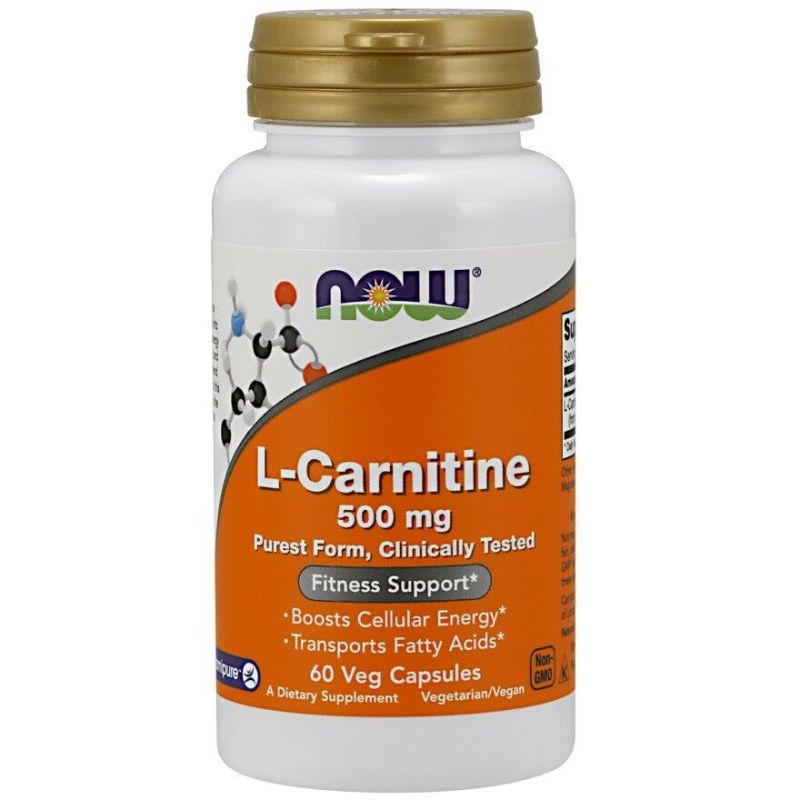 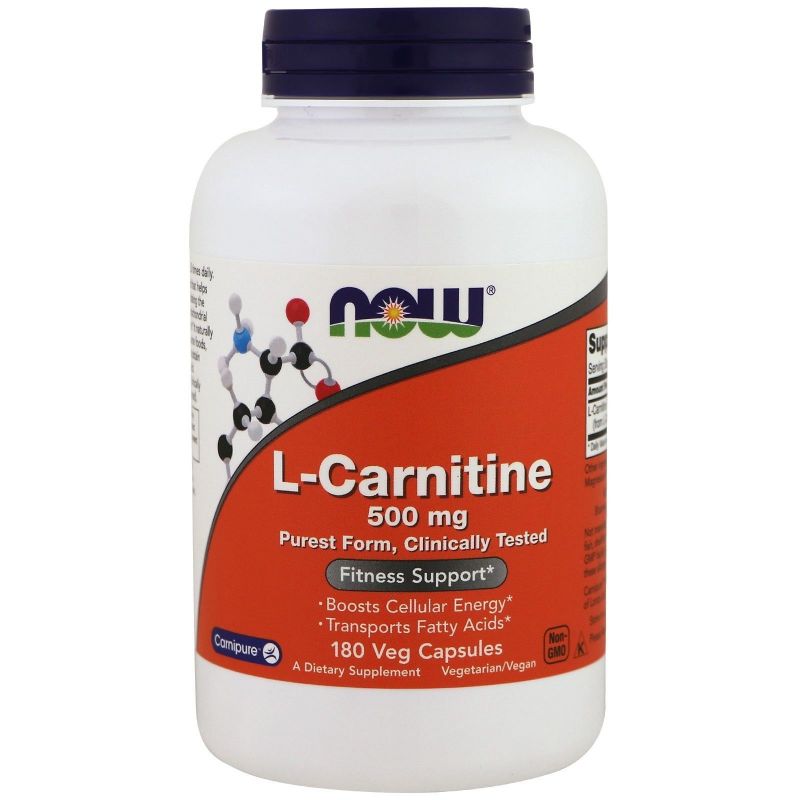 Vendor: Now Foods
Details
NOW Foods
L-Carnitine 500 mg
Note: These bottles come with purple lids not gold
Now Foods L-Carnitine is a non-essential amino acid that helps to maintain overall good health by facilitating the transfer of fatty acid groups into the mitochondrial membrane for cellular energy production. Non Foods L-Carnitine naturally occurs in red meat and other animal source foods, but NOW recommends supplementation to obtain optimal levels of this excellent amino acid. Now Foods L-Carnitine is the purest form, clinically tested, and vegetarian (non-animal sourced).
L-Carnitine is a vitamin-like amino acid derivative. It plays an important role for maintaining energy production by transporting long-chain fatty acids into the mitochondrial matrix to be burned for energy. This function supports physical performance and weight management. Therefore, L-Carnitine and its esters, such as Acetyl-L-Carnitine and Propionyl-L-Carnitine, have received growing attentions for their uses in cardiovascular and neurological health.

L-Carnitine, along with its natural ester acylcarnitine, forms a critical part of the endogenous (natural to the body) carnitine pool in various tissues of mammals. The total L-Carnitine in human body is about 20 g, in which 98% is present in the skeletal and cardiac tissues, 1.4% in the liver and kidneys and 0.6% in extracellular fluids and other tissues. Of all these carnitine pools in the human body, about 25% are produced from the amino acids lysine and methionine and about 75% is derived directly from dietary sources such as meat, poultry, fish, and milk; with small amounts in wheat and avocados. So people with a limited diet of meat and dairy products tend to have lower L-Carnitine intakes.

L-Carnitine is a “conditionally essential” nutrient and a rare genetic disorder of L-carnitine metabolism causes carnitine deficiency, which is known to have major deleterious effects on the central nervous system. The limited intake of L-Carnitine can cause toxic accumulations of free fatty acids and the loss of energy. L-Carnitine is used worldwide as an effective treatment for carnitine deficiency and also has various nutritional and pharmaceutical applications. Several oral formulations, such as liquids, tablets and capsules, are available in the current market. NOW FOODS carries several L-Carnitine formulas and also carries Acetyl-L-Carnitine.

Since L-Carnitine powder is hygroscopic (water absorbing) and rapidly liquefies when it is exposed to air, NOW FOODS uses L-Carnitine-L-Tartrate, a stabilized form of L-Carnitine, in NOW formulas to offer our customers the full potency in stable products. Watch also for special moisture absorbing packets in some carnitine packages; keep these in the bottles until the product is all used.

L-Carnitine is has a sister form, D-Carnitine, which may be formed as an impurity when producing the natural “L form”. The “D form” may have considerable side effects or even toxic influences on biochemical processes because it may inhibit an enzyme called carnitine acetyl transferase, leading to a depletion of the body’s L-Carnitine reserves.

Separation and determination of any undesirable D-Carnitine is important to maintain the quality of our nutritional formulations and assure their proper function and safety. To maintain the quality of our products, NOW FOODS is developing an HPLC testing method for simultaneous separation of L-Carnitine, Acetyl-L-Carnitine and various impurities, which include D-forms and crotonoylbetain. The content of D-Carnitine allowed in the European Pharmacopoeia and United States Pharmacopoeia is limited t:" ":he purity of our L-Carnitine products, NOW FOODS ensures the best quality of L-Carnitine products for our customers, while avoiding potentially harmful impurities. 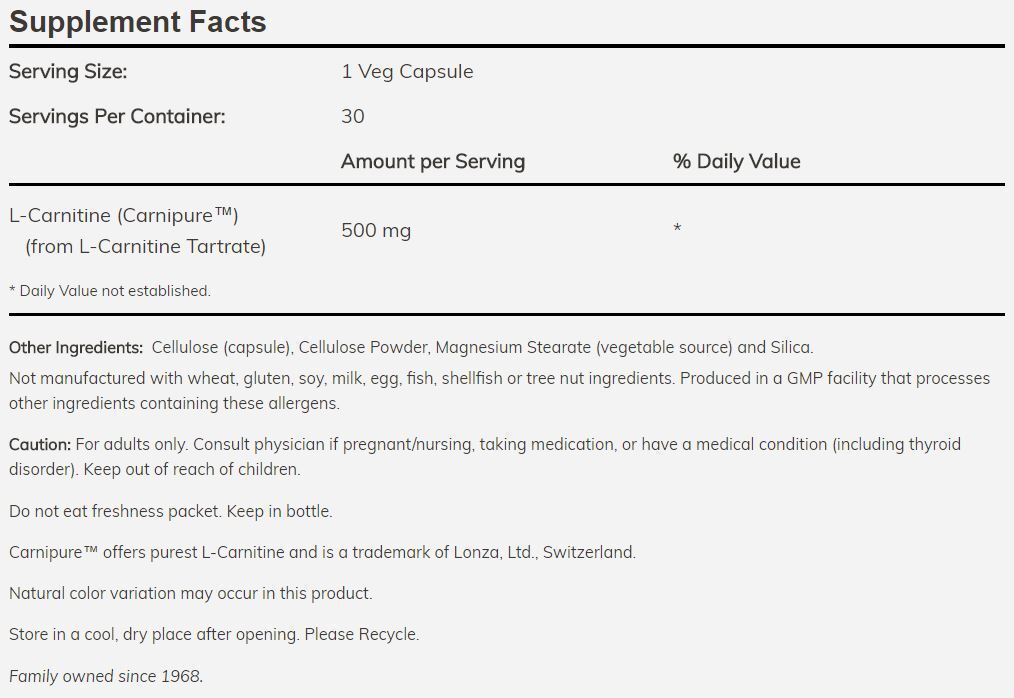