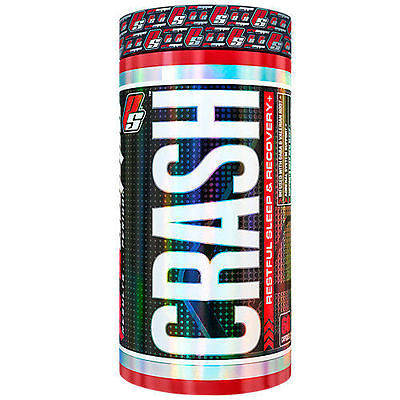 Gamma Amino Butyric Acid (GABA), an inhibitory neurotransmitter, is a critical agent that supports calming of the central nervous system and promoting a sense of tranquility. GABA's major role is to block anxiety and stress-related impulses from reaching the motor centers of the brain, thus promoting a greater sense of relaxation and wellbeing. Controlling the brain's theta waves, to restore calm, GABA may help us feel more mentally and physically balanced, states conducive to greater muscle growth, fat loss and training intensity. Through promoting relaxation and sound sleep patterns GABA may help the body to release growth hormone to support muscle anabolism and healthy body composition.

Valerian Officinalis, a perennial flowering plant suggested for its long history of use - most notably as a calming agent that supports relaxation - works on the GABA neurotransmitter receptors of the brain to help support relaxation. Valerian's active ingredients, valepotriates, found in the plant's roots, have been suggested to be particularly useful in aiding tight muscles due to their relaxant effect, promoting restful sleep and balancing energy levels. Valerian Officinalis has also been suggested to help prevent muscle cramping thus enabling optimal physical performance.

L-Tryptophan is an essential amino acid that must be consumed through nutrition or supplementation since the human body cannot manufacture it. As well as serving as one of the building blocks of protein, L-Tryptophan acts as a precursor for serotonin, a neurotransmitter responsible for proper mental functioning and psychological wellbeing. As a precursor to Vitamin B, L-Tryptophan supports blood flow to the extremities and may facilitate the breakdown of fatty acids in adipose tissue. In ethyl ester form - manufactured through a process whereby water is removed and purity is retained - L-Tryptophan is at its most effective and strongest. L-Tryptophan Ethyl Ester helps promote restful sleep, healthy body composition, relaxation, & muscle recovery.

Biosynthesized from the amino acids Lysine and Methionine, L-Carnitine, has long been used in supplemental form to help promote fat loss. When lipids (fats) are broken down for the generation of metabolic energy it is L-Carnitine's role to transport these fatty acids from the cell's cytosol to the mitochondria where they are burned to supply energy to enable greater work output. Produced in the kidneys and liver and stored in the skeletal muscles, heart, brain and sperm, L-Carnitine not only works powerfully as a fat burner, but also has many additional health and performance benefits. Through its role in reducing the oxidative stress that results from free radical (unstable molecules which cause cellular damage) destruction, it is thought to support general sports performance. In fact, due to the substantial antioxidant action it exerts, L-Carnitine may provide a protective effect against not only oxidative stress but also lipid peroxidation, a process whereby free radicals steal electrons from lipids in cell membranes, which results in cell damage. With age, L-Carnitine cell concentrations naturally diminish. L-Carnitine has been suggested to help support healthy bones. L-Carnitine, taken in oral supplemental form, may promote healthy body composition, support muscle mass and promote energy, which, when combined, give this supplement its reputation as an important and powerful fat loss/athletic performance agent.

Made from the carefully processed green leaves of the camellia sinensis plant, green tea - originating in China has been suggested for health-supporting benefits for over 4000 years. Due to the rich source of specific catechins - notably epigallocatechin gallate (EGCG), flavonoids with strong antioxidant capabilities - its consumption may help support a plethora of protective effects. Clinical human studies also have suggested that green tea may support bone density and cognitive functioning. Some research also suggests that green tea may help support healthy cholesterol levels already in normal range. Significantly for bodybuilding and fitness/sports athletes, green tea may also aid fat loss through an elevation of the metabolism resulting in increased thermogenesis. Green tea's EGCG content may support the burn fat while at rest while providing powerful antioxidant properties.

A thermogenic agent extracted from the Evodia family of plants, Evodiamine has been suggested to enhance fat burning through its ability to support resting body core temperature and elevate the production of body heat. A bioactive alkaloid extract, Evodiamine has been used as a weight loss support by Chinese herbalists for centuries.

Widely used as a nootropic dietary supplement to support memory and cognition, L-Alpha-Glycerylphosphorylcholine (Alpha GPC), acts as a biosynthetic precursor of the Acetylcholine neurotransmitter to promote memory, attention and intellectual performance in healthy individuals. Alpha GPC has also been suggested in both human and animal studies for its ability to support endogenous human growth hormone levels and promote strength, balance and muscle coordination. Through these combined factors, Alpha GPC may help support human performance and body composition for optimal training results.

A natural Ayurvedic herbal yohimbine, which has been suggested to support sexual vigour, Kapikachu (also called Mucuna Pruriens), may also help support a healthy nervous system and promote positive mood. Kapikachu is thought to be a most effective health-promoting supplement.

An active form of vitamin B6, comprised of several enzymes, Pyridoxal 5 Phosphate (or P5P) plays a significant role in protein regulation, works to convert Dopa into Dopamine and converts the excitatory neurotransmitter Glutamate into the inhibitory neurotransmitter GABA. In controlling amino acid absorption, metabolism and transformation in the body, P5P allows the amino acids in dietary protein to be effectively used to promote cellular repair and function. It also plays a significant role in forming red blood cells and carbohydrate and fat metabolism while helping to build new antibodies to support the immune system. One of the more important B vitamin forms, P5P not only supports many of the body's physiological functions and processes but also promotes brain function and feelings of wellbeing through supporting the production of Serotonin, Norepinephrine, GABA and Dopamine.

A naturally occurring compound found in animals, plants and microbes, Melatonin - produced in the brain by the pineal gland from the amino acid tryptophan - regulates the circadian rhythms of several biological functions. In humans, the most significant role Melatonin plays is that of regulating the sleep/wake cycle. By promoting relaxation and calming the brain, Melatonin has also been suggested to be very effective in supporting quality of sleep. Through allowing deep sleep, cell repair, Growth Hormone release and protein synthesis, Melatonin is suggested to be a great supplement for hard training athletes and individuals seeking to support healthy sleep.

Ultimately, what makes Crash so effective is a synergistic infusion of the highest quality extracts imported from India, the native Ayurvedic capital of the world. Once you try Crash you will feel & understand the power of night-time relaxation and fat-loss support.